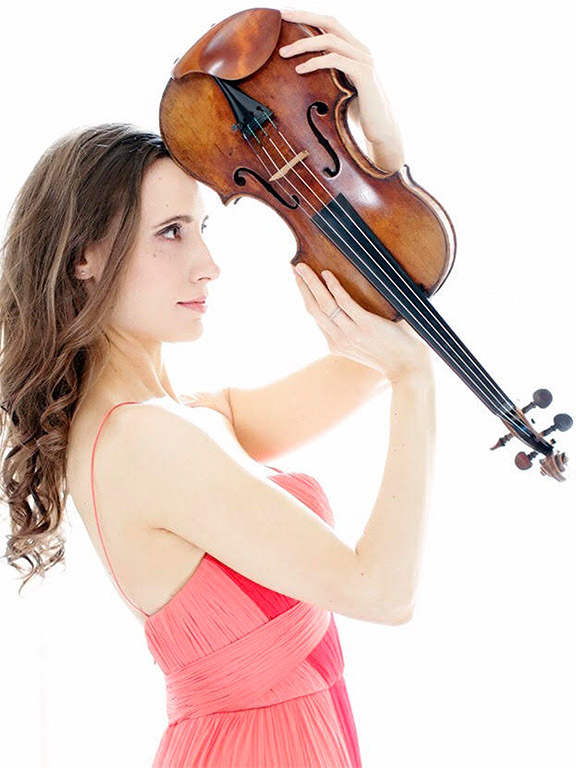 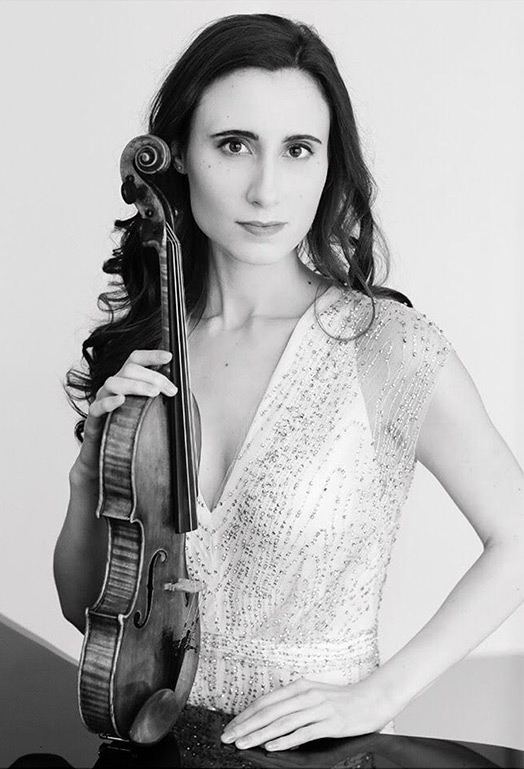 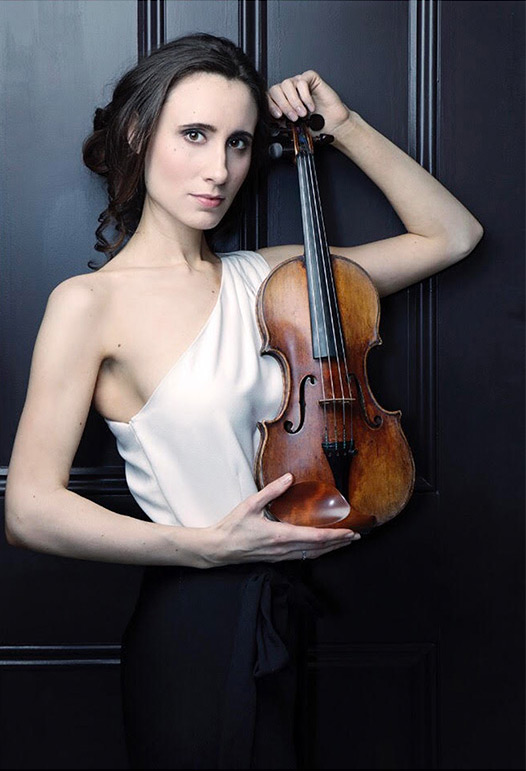 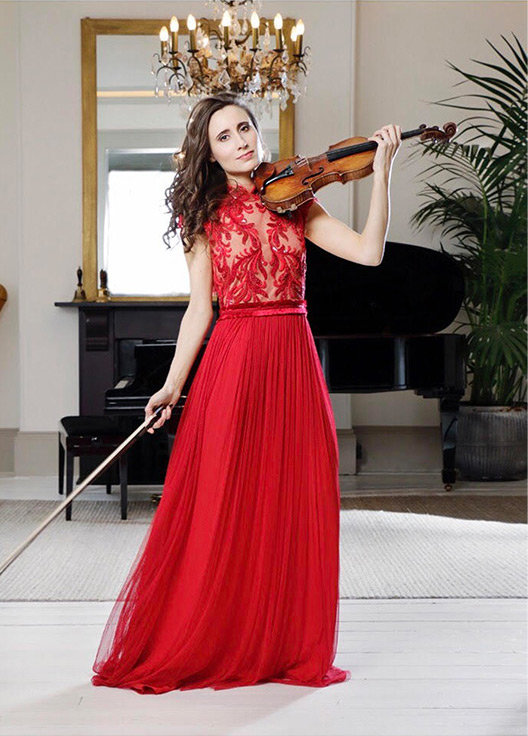 A tremendous juxtaposition of artistic flair and humility

Renowned for her “dazzling interpretative flair and exemplary technique” (Classic FM), violinist Jennifer Pike has taken the musical world by storm with her unique artistry and compelling insight into music from the Baroque to the present day. In demand as soloist and recitalist all over the world, she is known as an artist of exceptional integrity and depth, whilst her ability to “hold an audience spellbound” (The Strad) and “luminous beauty of tone” (The Observer) have established her as one of the most exciting artists performing today.

Born to British and Polish parents in 1989 she first gained international recognition in 2002, when, aged 12, she became the youngest-ever winner of the BBC Young Musician of the Year and the youngest major prizewinner in the Menuhin International Violin Competition. Aged 15 she made acclaimed débuts at the BBC Proms and Wigmore Hall, and her many subsequent Proms appearances have included the role of 2009 “featured artist”. She was invited to become a BBC New Generation Artist (2008-10), she won the inaugural International London Music Masters Award and became the only classical artist ever to win the South Bank Show/Times Breakthrough Award. Passionate about helping young people from all backgrounds enhance their lives through music, she was recently invited to become an ambassador for the Prince’s Trust and Foundation for Children and the Arts, and patron of the Lord Mayor’s City Music Foundation.

Performing extensively as soloist with major orchestras worldwide and appearing frequently on radio and television, recent highlights include concertos with all the BBC orchestras, London Philharmonic, Brussels Philharmonic, City of Birmingham Symphony, Strasbourg Philharmonic, Royal Liverpool Philharmonic, Philharmonia, Hallé, Rheinische Philharmonie, Tampere Philharmonic, Malmö Symphony, Auckland Philharmonia, Singapore Symphony and Nagoya Philharmonic orchestras. She recently performed Vaughan Williams’s The Lark Ascending live on BBC Two at a special service commemorating the centenary of the outbreak of WWI in Westminster Abbey, with the Philharmonia orchestra at the Royal Festival Hall and at her Carnegie Hall debut with the Chamber Orchestra of New York.

A sought-after recitalist, she recently appeared at the Mecklenburg-Vorpommern Festival, Musée d’Orsay, Musashino Foundation and LSO St Luke’s, broadcast live on BBC Radio 3. In 2017 she curated an unprecedented event at the Wigmore Hall with three concerts in one day celebrating Polish music, in which she gave the UK premiere of Penderecki’s Capriccio for solo violin and a specially commissioned new work by Paulina Zalubska. An enthusiastic promoter of new music, she has had many works written for her, including Hafliði Hallgrímsson’s Violin Concerto, which she premièred with the Scottish Chamber Orchestra and Iceland Symphony Orchestra, Charlotte Bray’s Scenes from Wonderland which she premièred with the London Philharmonic Orchestra at the Royal Festival Hall and Andrew Schultz’s Violin Concerto and Sonatina for solo violin, for which her recording was nominated for ‘Best Performance of an Australian Composition’ at the Australian Classical Music Awards.

Her prolific and widely-acclaimed discography on Chandos, Sony and ABC Classics includes the Sibelius Violin Concerto with the Bergen Philharmonic and Sir Andrew Davis, described as “superb” (The Times) and “violin genius” (Mail on Sunday), Miklós Rózsa Violin Concerto with the BBC Philharmonic and Rumon Gamba, Bach with Sinfonietta Cracovia and Schultz with the Tasmanian Symphony Orchestra. She recently recorded the Mendelssohn Violin Concerto with the City of Birmingham Symphony and Edward Gardner on Chandos, acclaimed in the Observer for her “innate musicality and mercurial technique” and as “breathtakingly beautiful” by the Sunday Herald. Her recordings of Vaughan Williams’s The Lark Ascending with the Chamber Orchestra of New York on Naxos (The Strad Recommends, 2017) and David Bednall’s new works for violin and organ for Regent Records (Editor’s Choice, The Gramophone) were released recently.

In recognition of the impact she made in the performing arts, she was awarded a postgraduate scholarship by the Guildhall School of Music and Drama at the exceptional age of 16. She has studied with David Takeno and Robert Jacoby, and in 2012 she graduated with First Class Honours from Oxford University, where she was subsequently invited to take up the position of Artist-in-Residence. She plays a 1708 violin by Matteo Goffriller.

Note for concert promoters: If you wish to use this biography please do not alter it in any way. For the latest version please contact ralph.blackbourn@rayfieldallied.com

The British violinist has turned from child prodigy to superbly graceful virtuoso without airs or affectation. 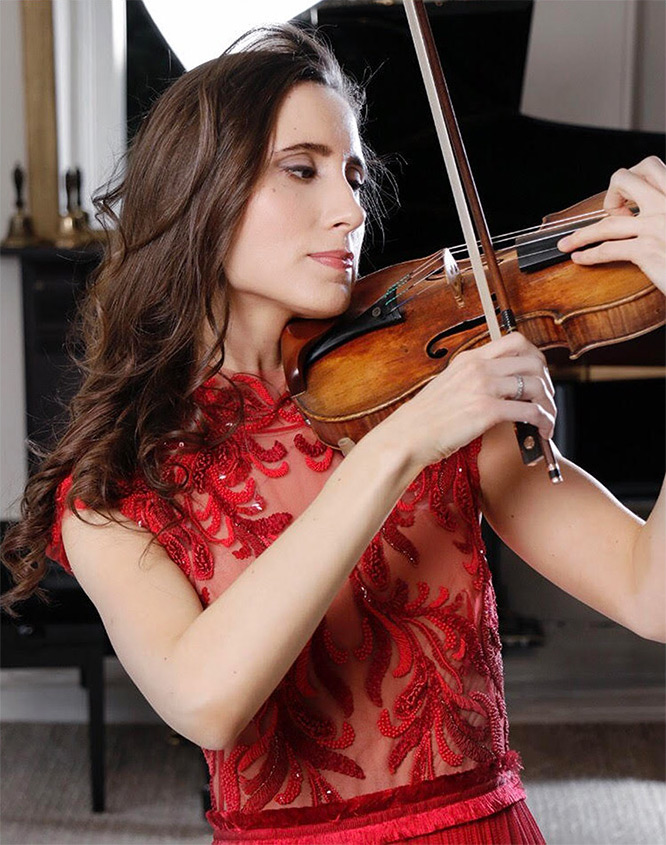